June 20, 2014: “According to the latest deep research conducted by theCDO Club, the number of Chief Digital Officers in 2013 doubled again in one year–just as it has been doing since 2005–to a total of 500. And the CDO Club is conservatively projecting that number to double again, to some 1,000 Chief Digital Officers by the end of 2014. So what is responsible for the exponential growth of this role?”

June 12, 2014: “The number of CDOs doubled in 2013 to 500 and it is predicted that there will be 1,000 by the end of 2014. The CDO is becoming fundamental to business. In many cases they will take over from the traditional CMO and CTO or CIO roles, although the extent of this will depend on the size of company and requirements. It’s not about nice-to-have digital campaigns, but how the company is run, managed, directed and led.”

June 5, 2014: “These banks are part of a bigger trend in which companies in all industries (especially advertising, media and publishing) have been adopting the chief digital officer title. In 2005, there was exactly one CDO in the entire world: Jason Hirschhorn at MTV. In 2013, there were 488, according to the Chief Digital Officer Club. The group predicts that by the end of this year, there will be 1,000 CDOs worldwide.”

June 3, 2014: “According to the Chief Digital Officer Talent Map, a comprehensive study of Chief Digital Officers created by David Mathison (founder of the CDO Club), the number of CDO hires has doubled every year since 2005 and is conservatively forecasted to double again in 2014, for a total of 1,000 CDOs by the year-end.”

May 15, 2014: “Seven chief digital officers moved up the career ladder to CEO in 2013, according to the CDO Club’s 2014 Talent Map, but another data point may help explain why CDOs are experiencing a quick rise to the top: Sixty percent of CDOs in the advertising sector previously held the title of CEO, president, general manager, or managing director.”

“That’s a mindboggling figure,” CDO Club Founder and Curator David Mathison said at a recent CDO Summit. “These are people who obviously have general management skills, they’ve run companies before, and it’s very clear that the time is right for these people to step up.”

May 14, 2014: “The recent selection of Rachel S. Haot as Chief Digital Officer of the Year by the CDO Club reminded me of a recent research finding that the ranks of the CDO seem especially attractive to women. In fact, female CDOs outnumber female CIOs by two-to-one, according to Gartner.

I wrote about that trend in FierceCIO recently, noting that “women who aspire for a career in IT leadership may want to consider the role of the chief digital officer.”

Even the Chief Digital Officer Club made special note of the fact it was naming a woman to the top CDO spot this year. In an email to FierceCIO, CDO Club founder David Mathison noted that “Haot is only the second CDO–and the first female–to be awarded this recognition.”

“Despite the across-the-board presence of CDOs in numerous industries, Mathison does confirm a trend that may speak volumes about why the role attracts more women. The numbers are heavily stacked toward the industries of media, advertising and publishing–industries that have long attracted a strong female workforce.”

May 13, 2014: “The role of chief digital officer is beginning to take off in Europe, while salaries of CDOs working outside of public sector and non-profit organisations are ranging from $250,000 to $750,000.

That is according to updated research from the CDO Club, which said that the number of worldwide CDOs in 2013 doubled to nearly 500. It forecasted “conservatively” that the number of global chief digital officers would double again to 1,000 by the end of 2014. Most chief digital officers are operating in the media, advertising and publishing industries, the study found.”

May 7, 2014: “”Last month, State of New York CDO and deputy secretary for technology, Rachel S Haot, was named the 2014 Chief Digital Officer of the Year by the CDO Club at their summit in New York.” 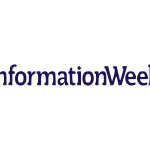 Technology and digital aspects of organizations are increasingly combining with operations, according to David Mathison, CEO of the CDO Club. He says that his organization’s study of the market shows that some two-thirds of chief digital officers were previously presidents, CEOs, executive directors, or managing directors. In a way, Mathison says, taking on a chief […]

The post CTOs Evolve in Shake Up of Digital Leadership in the C-Suite appeared first on . 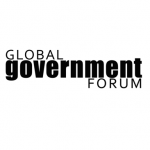 The post The Importance of Data across Government in a Post Covid-19 World – Government & civil service news appeared first on .

The post What CDOs can teach CIOs about how to reach the CEO role appeared first on . 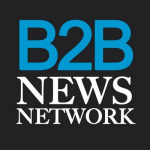 David Mathison has heard all about those predicting the supposed death of the chief digital officer role, and he believes his work with the CDO Club may offer the most comprehensive and convincing rebuttal to their arguments.

The post The man who founded CDO Club is ready to scale his community of digital leaders appeared first on .

Are Chief Digital Officers the Next Crop of CEO Candidates? 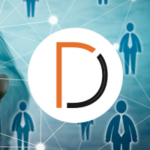 Today’s digital leaders could well be tomorrow’s CEOs if a new survey out today is any indication. Recruitment firm Egon Zehnder released a new survey of chief digital officers (CDOs) that tapped into the mindset, methods, and motivations of what are essentially the first generation of digital executives within global organizations.

The post Are Chief Digital Officers the Next Crop of CEO Candidates? appeared first on .